The tables that sat behind each trap that many shooters used to put their shell bags on while waiting to shoot were nearing the end of their lives.  Long time club member John Balliet put his time and effort into those and they were very much appreciated.  But like all things, time took its toll.  If you see John, remember to thank him for coming up with the idea and following through with it.  It really was one of those “why didn’t anyone ever think of that before?” things.

Another long time club member took it upon himself to help continue what John started.  Now, with the time, effort, skill, and material of Jim Hager and Northwest Enterprises, the Club has new all metal tables behind each trap. 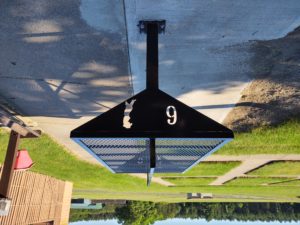 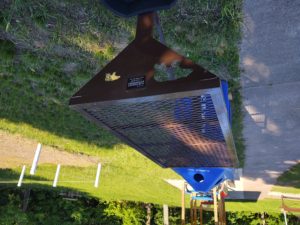 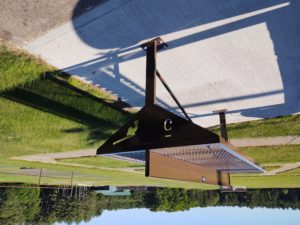 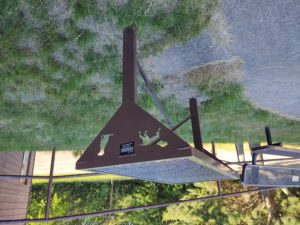 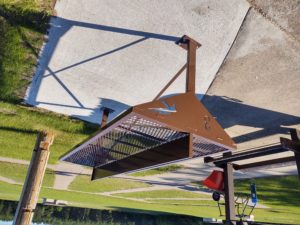 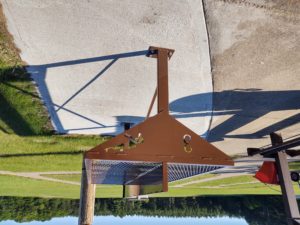 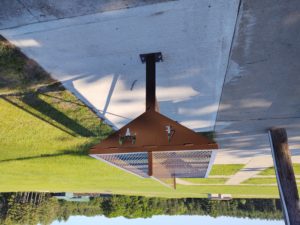 A group of Board members were able to get some new concrete framed and poured, and then installed all the tables.  They really do look great.

To cap it all off, we received an email from Jim after he was able to come out and see how everything turned out.  He let us know that he was very happy with the final results and thought they looked great.  He also commented on the other improvements the Club has accomplished over the winter and spring months.  And he let the Board know that the Club will not be getting an invoice for the new tables.  That between himself and Northwest Enterprises, the cost for material and labor will be donated.

We know that Jim doesn’t do things like this for just for the recognition or thanks. It would be great for the members to pass on a word or two of gratitude to Jim for this and all the other projects he and his company have helped the Club with over the years.  If it were not for the contributions by members, like Jim, there is no way that the Club would be what it is today.

Thank you Jim and all the other members who continue to support the Eau Claire Rod and Gun Club.